*Dining may begin as early as 6 PM
​**Please arrive at your reserved time
​***For an enhanced dining & jazz experience, guests are recommended to arrive 1 hour or more before scheduled 8 PM performance

Each of Heather’s four solo recordings have received East Coast Music Award nominations for Jazz Recording of the Year, and her 2017 release You’ll Never Know was also nominated for a JUNO Award for Vocal Jazz Album of the Year. Her most recent release Fine State moved in new musical directions, with a more pop-influenced jazz sound, featuring strong Canadian content, and original material. Says Bambrick: “This project brings together more of the things that inspire me overall, not just in jazz and not just in music. The arrangements show influences from rock, pop, and folk music, and the tunes we’ve chosen have a strong connection to the events of the world around me, and the roots of who I am as a musician and a person.”

Beyond singing, Heather is one of Canada’s top voice actors, voicing characters for commercial campaigns and several Emmy Award-winning animated series, including Daniel Tiger’s Neighborhood, Wild Kratts, and Justin Time. For almost 20 years she’s been a popular host on JAZZ.FM91, twice named the National Jazz Awards’ Broadcaster of the Year, and most recently receiving the inaugural 2020 Canadian Broadcasting Award for Best On-Air Host (Music). Heather is also highly sought-after educator at schools and festivals across Canada, having taught at both University of Toronto and Humber College. She currently sits on the Advisory Council for Music Canada, and between all of this, she’s been known to take the occasional nap.

From a young age, Chef Isaac Co learned the importance of mealtime and quality food. From his grandmothers’ meals at the holidays, to his mother’s nightly dinners, food always taught him that family comes first. Throughout the years, Isaac also drew inspiration from his travels and from exploring the diverse cultures that Canada and other countries around the world have to offer through food.

When you dine at NextDoor Restaurant, we want you to feel like family and to experience the bond that great food and drinks can bring to the table. We bring Isaac’s vision of the bond between food, travel, family, and community to life for you at NextDoor. Sourcing only the freshest ingredients from the vast landscape at our doorstep combined with the cultural diversity that Canada has to offer, NextDoor is Chef Issac’s take on Canadian seasonal cuisine.

*Dining may begin as early as 5 PM
​**Please arrive at your reserved time
​***For an enhanced dining & jazz experience, guests are recommended to arrive 1 hour or more before scheduled 8 PM performance

Known as one of Canada’s greatest voices, award-winning jazz vocalist Molly Johnson is a mother, singer-songwriter, artist and philanthropist, who has just released her highly anticipated new album, “Meaning To Tell Ya”. Produced by multiple GRAMMY Award-winning Producer, Larry Klein (Joni Mitchell, Tracy Chapman, Madeleine Peyroux, Melody Gardot, Norah Jones); it is more than a jazz record. It’s funk, it’s soul, it’s groove played by some of Canada’s best musicians. Says Molly: “Working with Larry was magic. When it was finally my turn, I jumped at the opportunity. This is a record I have been wanting to make for years. I can’t wait to share it with everyone!” Says Larry: “Molly has the kind of musical gift that cannot be cultivated by musical education or assiduous practice. She has great natural musical instincts and an irresistible signature to her voice. She is a rare and wonderful talent.”

Chef Bill Jewer began his career working in the kitchen as a dishwasher in a small restaurant at the young age of fourteen and thought it was fun. From there, he held a few odd jobs stocking shelves, helping in a greenhouse and working as a camp counselor, until he was eighteen years old.

After turning 18, he began to struggle with what he wanted to do as a career, for the rest of his life. He tried the college route, enrolling in an engineering course, but Bill knew this was just not for him. That summer he went back to camp as the archery instructor. Mid way through the summer, the camp Director let the head chef go and asked if Bill would like to work in the kitchen for the rest of the year. He thought to himself why not, it might be a nice change and he instantly fell in LOVE with the culinary arts and has been doing it ever since.

Upon his return to the city, he quickly enrolled in George Brown College for Culinary Management.  He graduated with honors and was one of the few young chefs that was able to secure employment right after graduation.  He completed his 3-year Apprenticeship at L’Hotel (CP) where he was exposed to all areas of the kitchen.

The love for cooking grew to a passion now after working 30 years in the kitchen cooking for Movie stars, royalty and presidents. Winning culinary competitions and working in three different countries, and for many different hotels and brands Chef Bill knows that his life in the culinary arts has been fulfilling.

*Dining may begin as early as 5 PM
​**Please arrive at your reserved time
​***For an enhanced dining & jazz experience, guests are recommended to arrive 1 hour or more before scheduled 8 PM performance

Canada’s incomparable vocal jazz jewel Emilie-Claire Barlow – leads her stellar band through innovative arrangements of American-Songbook treasures, rhythmic bossa novas and elegant ballads. She continues to endear herself to critics, peers and audiences everywhere with her relaxed, polished demeanour, her charming humour, and a voice of unforgettable beauty. Emilie-Claire’s concert will feature favourites from her extensive repertoire as well as new arrangements from her forthcoming 13th album “Spark Bird.

Her performing career spans over 24 years in venues ranging from Toronto’s storied Montreal Bistro & Top of the Senator, to Tokyo’s Cotton Club and more recently concerts with symphony orchestras at Toronto’s Massey Hall and Montreal’s Maison Symphonique. She has performed at the Montreal Jazz Festival on seven occasions including a 2015 performance on the Main Stage with 50,000 people attending.

Although born in Delhi, India, Jitin spent a lot of time in France and Italy, where he developed his culinary skills and passion for cooking at an early age. He would often assist his mother in the kitchen, cooking for his family, and accompanying her to the local food market, choosing freshest produce and later transforming ingredients into meals.

Prior to his journey with Hilton, Jitin worked as an Executive Sous Chef at the Fairmont Royal York (Toronto), which has one of the biggest kitchens in North America, as well as Chef de Cuisine at TOCA restaurant at the Ritz Carlton Toronto.

From his home base in Toronto, where he lives with his wife, Jitin journeys weekly to fresh produce markets in his neighbourhood and beyond, sourcing new ingredients and suppliers and discovering different family-owned businesses and new producers. Jitin’s favourite cuisine is Italian, made with fresh local ingredients. Like other members of his 35-plus culinary team, he is passionate and creative about cooking, which shows in the menus he creates! 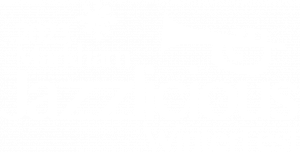